Share a memory
Obituary & Services
Tribute Wall
Read more about the life story of Dr. Paul and share your memory.

Dr. Paul N. Mastros of Steubenville, Ohio, passed away peacefully Jan. 12, 2023, at the Valley Hospice Center at Trinity West Medical Center at the age of 88. Dr. Paul’s dedication to his faith, family, and community is evident in all things he touched during his life.

Dr. Paul was born in Steubenville to Maria Loizos Mastros and Nicholas Hatzinikolaou Mastros. A product of the Steubenville educational community, he graduated from Steubenville High School in 1952 and then from the College of Steubenville in 1956. Dr. Paul went on to attain his medical degree at Georgetown University Medical School in Washington, D.C.

He was a lifelong member of Holy Trinity Greek Orthodox Church in Steubenville, first serving as an altar boy in his early youth, then as a member of the choir in his teenage years and eventually as the president of the Parish Council as an adult. While in college, he became the choir director of Holy Trinity and eventually served as president of the Tri-State Federation of Greek Orthodox Choirs. While in Washington, D.C., for medical school, he continued his love of singing in the church choir, this time at Saint Sophia’s Greek Orthodox Cathedral. It was there that he met his wife, Pana Yalanis, who was serving as the cathedral’s choir director. Also in Washington, Dr. Paul completed both his residency and a fellowship in chest and heart diseases at the U.S. Veterans Administration Hospital. He also earned his board certification in Internal Medicine.

Dr. Paul and Pana moved back to Steubenville in 1966 to begin his service to his community as a physician. He opened his first medical practice in Amsterdam, Ohio, followed by a second office in Steubenville. He served as chief of staff at both Ohio Valley Hospital and St. John Medical Center, and he was a delegate to the Ohio State Medical Association. He volunteered his time as a member of the Kiwanis Club, University of Steubenville Century Club, and as the president of the Ohio Valley Savings and Loan Board of Directors. While Dr. Paul accomplished much professionally, his lasting legacy will be the outstanding, personal medical care that he provided to the hardworking people of Steubenville and Amsterdam. He fondly served generations of families in the Ohio Valley during his 35 years of practicing medicine.

After his retirement, Dr. Paul continued to commit his time and talents to his beloved Holy Trinity by spending hours upon hours in the kitchen during the Church food festival. He also was one of the founding members of The Holy Trinity Greek Orthodox Foundation, where he served as chairman. Dr. Paul and Pana have been married for 61 years and have four children: Dr. Nicholas Mastros (Angela), Presvytera Eleni Kallaur (Rev. Michael Kallaur), Maria Matzorkis (Gregory), and attorney Costa Mastros (Dr. Michelle Frangos Mastros). The couple enjoy nine grandchildren. Dr. Paul also is survived by siblings Louise (Robert) Riley, Sophia (Dr. Sidney) Krome, and John Mastros, and many nieces and nephews.

In lieu of flowers, memorial donations may be made to Holy Trinity Greek Orthodox Church.  The family would like to thank the caregivers from Home is Where the Heart is Home Care for their loving and compassionate support. 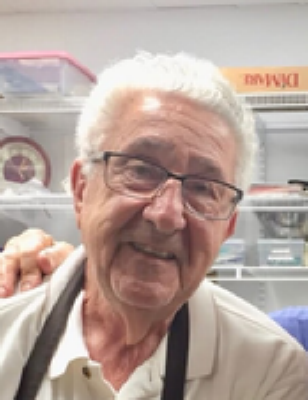