Share a memory
Obituary & Services
Tribute Wall
Read more about the life story of Larry and share your memory.

Larry W. Yanda, 78, of Steubenville died Friday, December 2nd at Trinity Medical Center West, in the presence of his loving family.  He was born May 19,1944 in Martins Ferry, Ohio.  Raised in Dillonvale, he was a proud member of the Dillonvale Night Riders football team and the musical group The Thirsty Thirteen.

His childhood was spent roaming the hills, engaging in pickup sports games, visiting his beloved Grandpa on the farm, and getting into mischief.

In 1966 he completed his undergraduate degree in Sociology at Bethany College, where he was a standout tight end and defensive end for the Bethany Bison football team. He was honored by being inducted into Bethany’s Hall of Fame in October 2021.

As a member of the United States Army from 1966-1968, he served with the 44th Medical brigade in Chu Lai during the Tet Offensive. He was rightfully proud of his military service, considered his fellow veterans family, and was deeply loved by them.

He completed his Masters Degree in 1975 at Youngstown State and worked locally for Job and Family Services, acted as Therapy Coordinator in the Mental Health Unit of the former St. John Medical Center, and finished his career at the Vet Center in Crafton, PA, where he offered Individual, Family, and Group Therapy to veterans of all eras, including WWII, Korea, Vietnam, the Gulf War, and the wars in the Middle East. His was a life of sacrifice for and service to others.

He is preceded in death by his parents, Jerry and Rose (Kurtz) Yanda, and is survived by his wife, Mary Jo (Lynskey) Yanda, son Matt Yanda (Maggie) of Pittsburgh,PA, and three daughters Nicole Macturk (Ken) of Wilmington, DE, Erica Suttelle (Harry) of Aliquippa, PA,, Lauren Yanda of Steubenville, as well as five grandchildren, Katie, Emma, and Ian Macturk, and Aubrey and Ashlyn Suttelle. He is also survived by his brothers Jerry (Karen) of Dillonvale, OH, and Danny (Arlene) of Saxonburg, PA.

Larry was a husband, father, grandfather, friend and neighbor who was loved and admired by those who knew him, especially his football family and his brother veterans. Quick to respond to spoken or unspoken needs, he didn’t hesitate to step in and work hard to accomplish a goal. He touched and impacted many lives in a positive way wherever he found himself. His capacity for sarcasm and quick wit were unmatched.

Calling hours will be held Thursday from 2-6 pm at the Mosti Funeral Home, Sunset Chapel, 4435 Sunset Blvd., Steubenville. A funeral liturgy with Mass will be held Friday at 12:30 pm at St. Peter’s Catholic Church. Burial will be private and held at a later date in the National Cemeteries of the Alleghenies. A vigil service will be held at the funeral home Thursday at 2 pm

Memorial donations may be made to the St. Peter Restoration Fund or Bethany College. 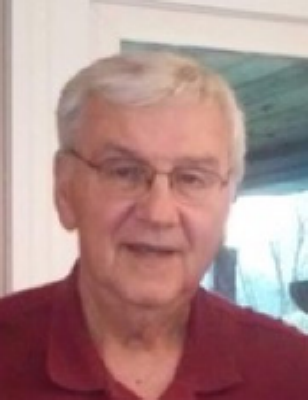