Share a memory
Obituary & Services
Tribute Wall
Read more about the life story of Thomas and share your memory.

Thomas Paul Letcher, 61, of Steubenville entered the Kingdom of Heaven on Thursday, December 8, 2022 after a brief illness. Tom was born on January 25th, 1961, the beloved son of Eugene and Catherine Letcher.

Tom was a kind, caring, and compassionate man with a heart of gold, a friend to many, and always willing to take the time to help anyone he could. He was a Mr Fix-it, mechanic, electrician, and a jack of so many other trades. His skills were many and if something were broken, he would figure out a way to fix it.

He was a 1979 graduate of Wintersville High School, having attended the Jefferson County Joint Vocational School specializing in auto mechanics. After spending many years as a mechanic, he furthered his education and earned degrees in both Electrical and Mechanical Engineering at Jefferson Technical College and over the years had taken courses in pursuit of a business degree from Franciscan University of Steubenville. Tom worked as an Electrician for the past 22 years with Franciscan’s Physical Plant operations.

Tom enjoyed cars, the outdoors and hiking, traveling with Kim and the boys, and simply spending time with his family and friends. He was also very actively involved with the Boy Scouts. Tom was a Boy Scout in his youth and after scouting with Travis, he continued his involvement throughout his life. He was a mentor and leader to many young men over the years and was so proud to represent the Boy Scouts, serving in leadership roles as Assistant Scoutmaster and Advisor, a District Unit Commissioner, and a Member of the Executive Board of the Ohio River Council.

Tom will be sorely missed by his family and all who knew him. Tom was simply the best person we all knew! A special thank you to all who supported Tom and his loved ones with kindness, cards, thoughts, and prayers.

Calling hours will be held on Monday, December 12th from 4 pm to 7 pm at Mosti Funeral Home, 4435 Sunset Boulevard, Steubenville and on Tuesday, December 13th, there will be an additional viewing from 10am until the time of service at 11 am at First Westminster Presbyterian Church, 235 North Fourth Street, Steubenville. 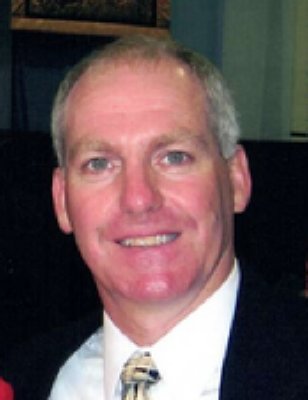